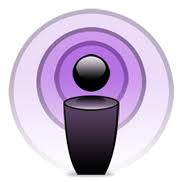 Celebrating our 20th anniversary I am happy to report that we are off to a flying start in 2013 with SCRUM activities. Please read a brief update provided below.

The year 2013 is earmarked as SCRUM’s 20th anniversary. I will speak at the lunch about our 20th year together as an association and remind you of the passion, commitment and desire for success that has got us this far.

We will have a commemorative program to mark the occasion. Members will also receive a small memento in the post to thank you for your amazing support. SCRUM patron, the Honourable Bart Philemon will be in attendance with special guests.

Please peruse the top quality 20th anniversary merchandise that is available for sale at the lunch. An
order form is also attached with this letter for your convenience.

SCRUM held it’s Annual General Meeting in late February where a review of 2012 operations was provided to attending members. There was an improved surplus of funds and the committee is in a good position to commence the development plans for SCRUM Oval. A copy of reports and minutes can be made available should any member request it.

SCRUM now has a website to keep members and other stakeholders informed. Please keep an eye on what is happening through www.scrum.org.pg We welcome contribution from members.

In accord with its objectives the SCRUM program continues work in the following key areas:

In 2012, the program covered 58 schools, reducing from 68 due to ethnic clashes and accessibility in the Bulolo area.

The Coca Cola Team are absolutely instrumental to this program and we sincerely thank Peter Carey and his team for their continuing support.

This is our biggest investment gentlemen. Participation by a SCRUM squad in the Queensland Junior Rugby Union State Titles provides PNG’s best under 17’s rugby players’ valuable experience against international counterparts at a crucial time in a young player’s development.

The performance shown by our young men is truly a credit to all involved. The 2012 result in only our second year competing in the Under 17 division saw our boys win the Plate and only have one narrow loss for the tournament to the team that went on to win the title. A massive thank you goes to the National Gaming Control Board for their major sponsorship of the 2012 tour.

A great new initiative that kicked off in 2012 was a clinic and scholarships program for SCRUM juniors. The Total Rugby Concepts (TRC) Program is generously sponsored by Niugini Energy Limited, Total Rugby Concepts and the Sunshine Coast Grammar School. Two boys who shined in the rugby clinics at Lae were offered a short term scholarship at Sunshine Coast Grammar, Queensland. Young Butler Morris and Isaac Chandrol were the inaugural recipients. Their dedication, hard work, sportsmanship and behaviour have paved the way for future opportunities that I will speak about at the lunch.

It’s the “M” in SCRUM gentlemen. Morobe. Support to the Morobe Rugby Football Union (MRFU) continues by providing players with top class playing facilities at SCRUM Oval as well as providing insurance cover for players involved in the MRFU competition. In 2012 the committee agreed to continue active involvement in MRFU and SCRUM committee member Jeff Puritau completed his second year as President of the organization, enabling close liaison between the two bodies. Many thanks to Jeff for his contribution to both the MRFU and to SCRUM. MRFU has elected a new executive for 2013 to be led by President Livingstone Nenjipa, a former PukPuk prop. SCRUM wishes Livi and his team all the best for a successful 2013 season.

SCRUM continues to work positively with the reformed PNGRFU. The newly reformed PNGRFU now includes a SCRUM representative on its Board; a recognition of SCRUM’s status as a major stakeholder in PNG Rugby. I’m delighted to report that an excellent standard of governance is in place.

In particular, the national 7’s and 15’s program is scheduled for 2013 in a way that allows all provincial unions, including the MRFU, to put forward their best players for selection to national squads.

Papua New Guinea will contest the 2013 Oceania Cup tournaments against other Pacific nations in both forms of the game. The Monier PNG PukPuks 15s will play the Australian Under 20’s in the first half of 2013 as preparation for the Oceania Cup to be competed for by 10 Pacific nations in November. Success in this tournament provides a clear pathway in 2014 for a tilt at qualifying for the Rugby World Cup 2015. It is a very tall order gentlemen but with commitment by all stakeholders is possible.

Similarly in the sevens version of the game, the SP Export Lager PukPuks will compete for the 2013 Oceania Sevens Cup. Success in this tournament gives PNG an invitation to three IRB World Sevens Series Tournaments. PNG Rugby are targeting for success at these tournaments.

The SCRUM committee will work to align its plans and activities with the PNGRFU in 2013 and beyond for the benefit of young Morobe players.

All work and no play makes….of course not!! Roll on the next LUNCH!!