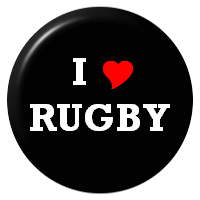 Gentlemen, please accept my invitation to our first lunch for the year to be held on Friday the 12th April, 2013 at the Lae Golf clubhouse, Lae.

Our SCRUM clubhouse as it were, the Lae International Haus Win is under reconstruction as many of you know. Sir Bob Sinclair Kt. will welcome us back to a new venue when duly completed so Greg Fennel and his team at the Lae Golf Club will look after us well in the meantime.

You know SCRUM has passion, commitment and a desire for success. There is no better man for emphasizing these qualities than our very special guest speaker Mr. Laurie Lawrence OA.

Laurie Lawrence is an inspiring and entertaining speaker. His messages of success in the sporting world translate brilliantly to the world of business. Witty and uplifting, he has become one of the most sought after motivational speakers in Australasia and is looking forward to joining us to mark our 20th year.

Laurie is best known for having coached Australia’s elite swimmers at Brisbane’s 1982, Edinburgh’s 1986 Commonwealth Games as well as Los Angeles 1984, Seoul 1988 and Barcelona 1992 Olympic Games. His coaching achievements boast 23 world records as well as 10 Olympic gold, 11 silver and 12 bronze medals swimmers he has directly assisted. Laurie was appointed to the Australia’s Olympic team for the Sydney 2000 Olympics and has held a senior position in both the 2004 and 2008 campaigns. Laurie earned an Order of Australia along the way.

Laurie’s impact on the business community has also been quite spectacular. He has proven to be uniquely capable of clearly drawing the parallels between business success and high sporting achievements, a motivator and entertainer he supports the “knuckles down the wall” approach, in pursuing his personal credo of “Striving for Excellence“.

A little known but equally impressive fact is that Laurie played rugby union very well in his younger years and achieved a test cap for the Australian Wallabies in 1964 against the New Zealand All Blacks….all on one lung!

The business world and the competitive sports arena make similar demands for high individual achievement. Armed with an unstoppable drive to succeed, an infectious smile and a positive slant on everything, Laurie will motivate us to continue with our success and maybe even inspire you in your own working or personal endeavours.

Introducing our comedian for the lunch, Peter Dee.

Totally unpredictable, extremely versatile and with the unique ability to gauge his audience within a few minutes, it’s easy to see why Peter Dee is one of the most sought after comic acts going around.

Hailing from Perth, Peter has worked all over the world and done more routines then Tyno has had hot…….okay, maybe not that many…anyway, he’s received a US presidential citation in 1996 from Variety International in Las Vegas for his fantastic comedy work and delivers his own brand of humor with his own unique style of presentation.

Guaranteed to keep you laughing through out the entire performance.

Gentlemen, don’t forget that we will have our usual fundraising auction afterwards and I ask you to give it your strong support once again gents. SCRUM LEGEND Mike Quinn will be on hand to test who has the short arms and the long pockets and SCRUM will have some very special items available for the discerning gentleman or piss head sports fanatic.

The character, self esteem and sense of team work that young people develop by playing the game of rugby union and participating within the discipline of the various SCRUM programs are beginning to shine through with the brief I’ve just provided. Let’s continue the good work together.

Gentlemen, as always there’s great interest in the event but as usual Corporate and Individual members will be given preference for table bookings. Please contact me directly on 475 7387, our Secretary Anthony on 472 1735, or the emails listed above to advance book your table now.

Reminder – tables must be paid in advance or tickets WILL NOT be issued.